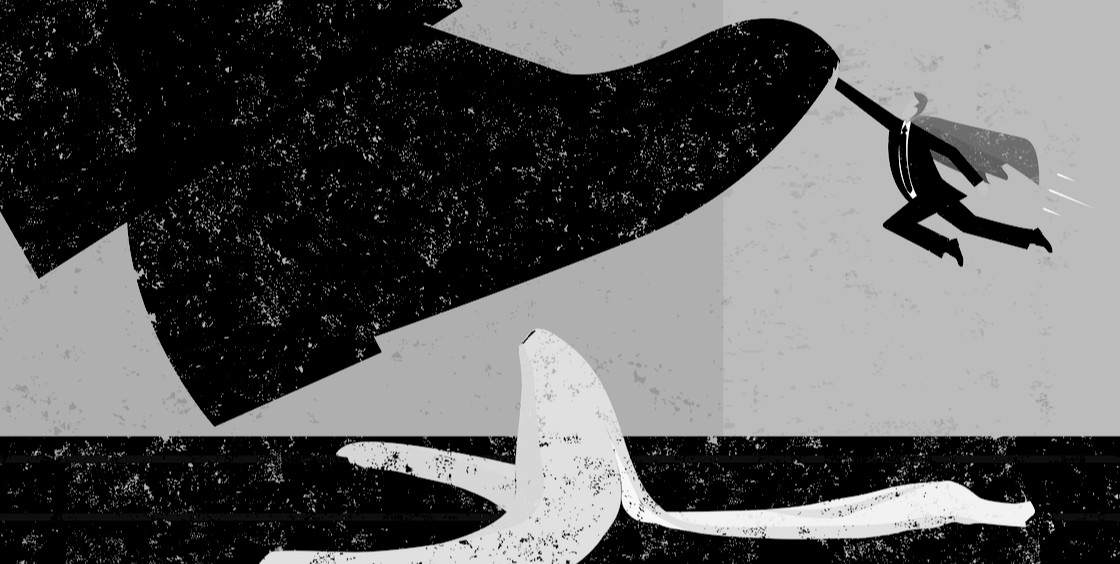 I’ve written before about how failure isn’t falling down; it’s staying down. When we make mistakes, we need to get back up, learn from our experiences, and move ahead with confidence.

There’s no need to make the following five mistakes…because I’ve already made them for you (it was hard to narrow mine down to 5).

As important as it is to strengthen your leadership gene, avoiding mistakes is equally important. Mistakes you’ve already made, or others have already made. That’s why I’m sharing mine with you, so you can avoid them at all costs.

There’s a delineation between mistakes we make every day and those that have significant impacts on your business, your team, your reputation. These are not the run of the mill mistakes; these are major mistakes.

1. Failing to manage both ends of the performance bell curve

The only truly sustainable competitive advantage is the people in your company. Technology, know how, strategies and innovations are interim advantages in the long run.

One of the biggest mistakes you can make as a leader is twofold; excellent employees aren’t aware that they are excelling and second, poor performers don’t know they aren’t performing.

I’ve seen this happen so often. Good people are looking for the next opportunity because their boss hasn’t told them how valuable they are or laid out a pathway within the company. This includes creating a challenging development plan, new assignments and recognition. The fear, of course, is telling people these things may set high expectations and the company might not meet them.

To that I say consider the alternative…buh bye, talented people.

I’ve written about the importance of pivoting and orgagility. Clearly, in an ever changing marketplace, strategic change is necessary.

The mistake goes something like this: Revenue and expense goals have been set; incentives and performance targets established; and we CAN’T make any changes in mid-year.

So, we make changes to strategy and wonder why people’s behavior doesn’t change or they “mail it in” since they won’t make their goals. Alignment of interests with your team is critical to driving success. I’ve found quarterly goal setting is best; and allowing for goal changes driven by strategy is acceptable.

Keep everything in alignment…or you’re doomed.

What’s the old saying…if you think you’re overcommunicating, double down. And that’s for people that are communicating.

For those that aren’t, big mistake.

In the absence of communication, people create their own narrative. And that’s dangerous because if there are multiple narratives, the time suck will be large and destructive. Most lack of communication leads to a negative perception and tons of water cooler talk (or Slack venting).

Establish a few simple things; periodic staff meetings (at least once every two weeks), one on one meetings with each team member (again, at least every other week), and larger “divisional” meetings with all employees quarterly.

Share all you can (tricky with public companies) because in the end, most people already know what’s going on…and not sharing creates mistrust. Hold yourself accountable to communicate authentically and positively…while sharing good AND bad news.

A simple plan, but hard to execute. Many reasons and excuses for not prioritizing communication; all trumped by the fact that failing to communicate is failing to lead.

4. Putting you before the company

Our fiduciary responsibility is to always put the company’s best interests first and foremost. My way to describe it is; “corporate stewardship leads to personal gain.”

As long as you pursue the best course of action in pursuit of the company’s goals, you’re golden. If you deviate and start acting in your own self interests, you’re not. It may work in the short run, but it will catch up with you. Companies want loyal leaders, leaders that focus on the company’s success. Nothing less.

If you’re doing that and no personal gain comes your way, then that creates a different issue; maybe you’re working for the wrong company. In the best companies, you’re going to be rewarded fairly and afforded opportunities to reach your career goals. All that is inextricably connected to achieving excellence…and being a great corporate steward.

5. Being a leader is not being an order taker

You can either do as you’re told or do as you see fit; in either case, you will be accountable.

The last mistake goes something like this; “Tony I need you to let John know he’s not delivering results and if he doesn’t step it up, he’s out of here.” And, dutifully, Tony obliges by telling John just that.

And of course, John is totally taken by surprise by the message and how’s it communicated. Then, Tony back peddles and tries to maneuver out of trouble…only to dig the hole deeper. Finally, Tony acknowledges the error and apologizes to John. But the damage is done.

Our jobs as leaders are to take direction from our bosses, understand the objective, agree or adjust, and then effectively communicate to achieve the objective. It is not our job to take it straight from the boss’s lips to the employee’s ears. The boss doesn’t have the context; doesn’t know John; doesn’t have time to know the context or John; and implicitly expects you will handle it, YOUR way.

So, again…you can either do as you’re told or do as you see fit; in either case, you will be accountable. I’d rather trust my instincts, and leadership style…you should too.

Now that you’ve been privy to my list of major mistakes…I’m leaving you with the task to go forward, with the goal of avoiding these five mistakes, and the responsibility to share your mistakes with others.

Mistakes like these are such powerful learning experiences…as long as they don’t happen often. They are all painful and have significant repercussions on your effectiveness as a leader. No one is perfect, so each time you make a mistake and fall down, learn to get back up and do better the next time.

Perfection is an aspiration that’s difficult to achieve…yet worthy of pursuit.

5 Strategies to Strengthen Your Leadership Gene