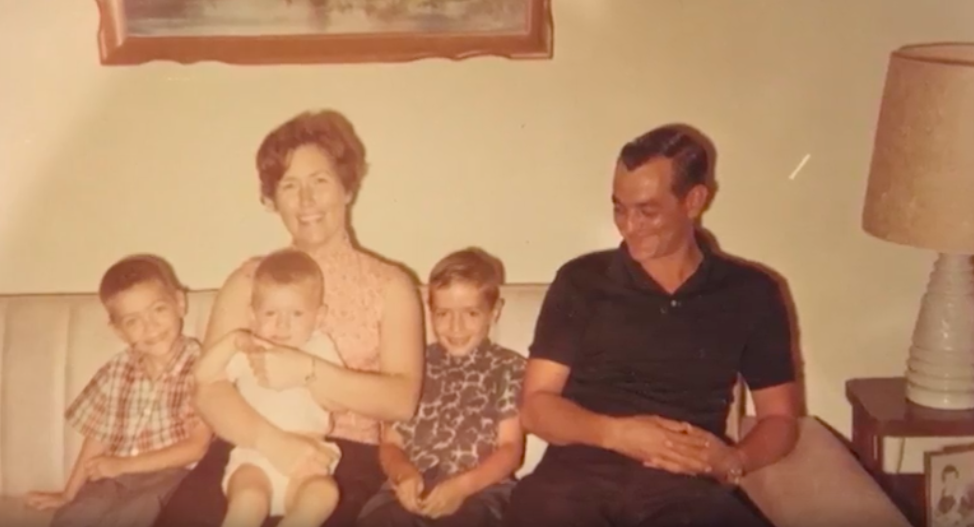 As I stated in my last article, the ability to adapt, evolve and reinvent is key to long term success. Establishing a strong foundation facilitates those abilities and creates a solid decision making framework.

Foundations are the infrastructure and guiding principles we rely on to make good decisions, decisions consistent with what we believe is most important. Without these core beliefs, we let circumstances determine our choices, and we are apt to wander from our constitution.

In reflecting on my journey, my foundation started early with my parents.

I realize the significant impact my parents had on my values and beliefs. While I’ve made some minor tweaks to my values, I had a great set established early on as a kid growing up in Calumet City, Illinois.

I was blessed to have come from two parents who wanted to build a better life for their three sons. Their vision and courageous decisions were the basis for the strong foundation I received.

My loving parents were from the dirt-poor south and took a chance by moving to Chicago, knowing no one and with no education or skills to speak of. Leading by example, they taught me the importance of strong values. Values like integrity, family, kindness, hard work and resiliency. They were the springboard for making me who I am today.

For over 30 years, they both worked at a glass factory to provide for the family. When my brothers and I were young, my parents worked different shifts so either mom or dad would be home with us. As I got older, I realized how hard my parents worked to make things better for us. I also realized the sacrifices that were made by both of them to make sure we succeeded in life.

Speaking of hard work…for four summers, I worked in that glass factory in several different jobs and disliked every one of them. It was hard work and I failed at least once per day. When I came home and whined to my father, he suggested I get back to work the next day and get better. Then with a smile, he would add, “Are you ready to go back to college?” This was one of the best lessons I learned about the importance of doing your best at EVERY job you have and if you don’t like your current position, work harder to prepare for something better.

In the moment, you might not realize what a strong foundation you were given. Hindsight is what makes the foundation look good; it’s only when you realize how far you’ve come that you express gratitude to those who helped you get there.

While these values framed what mattered to me, I also inherited a few behavioral traits from my parents, and not all were “positive.” Because of their unremarkable upbringing and lack of a formal education, my parents were susceptible to feeling inferior. Consequently, I inherited several of these behaviors/attributes; pride, humility, fear of failure, and not being good enough.

Throughout my journey, I had to compensate for these behavioral traits… more on that in the reinvention lesson.

These values and behavioral traits provided me with a remarkable foundation to move forward. But not everyone comes from a strong foundation. That’s why it’s important to surround yourself with great people, people who can help you create that foundation.

Your foundation is the start of the first chapter…but it’s not where you start, it’s where you finish. Along the way, your values will be challenged. Defending your values while fulfilling your responsibilities at home and at work is difficult. My advice is to stand firm in the midst of the competing forces and chaos around you. Because, in the end, your reputation and credibility matters most.

While a solid foundation is critically important, it’s not the only ingredient to success. Because the path to success is never a straight line, I look forward to sharing the next lesson with you; “if you don’t know where you’re going, all roads will lead you there.”

The Road to Success is Never a Straight Line