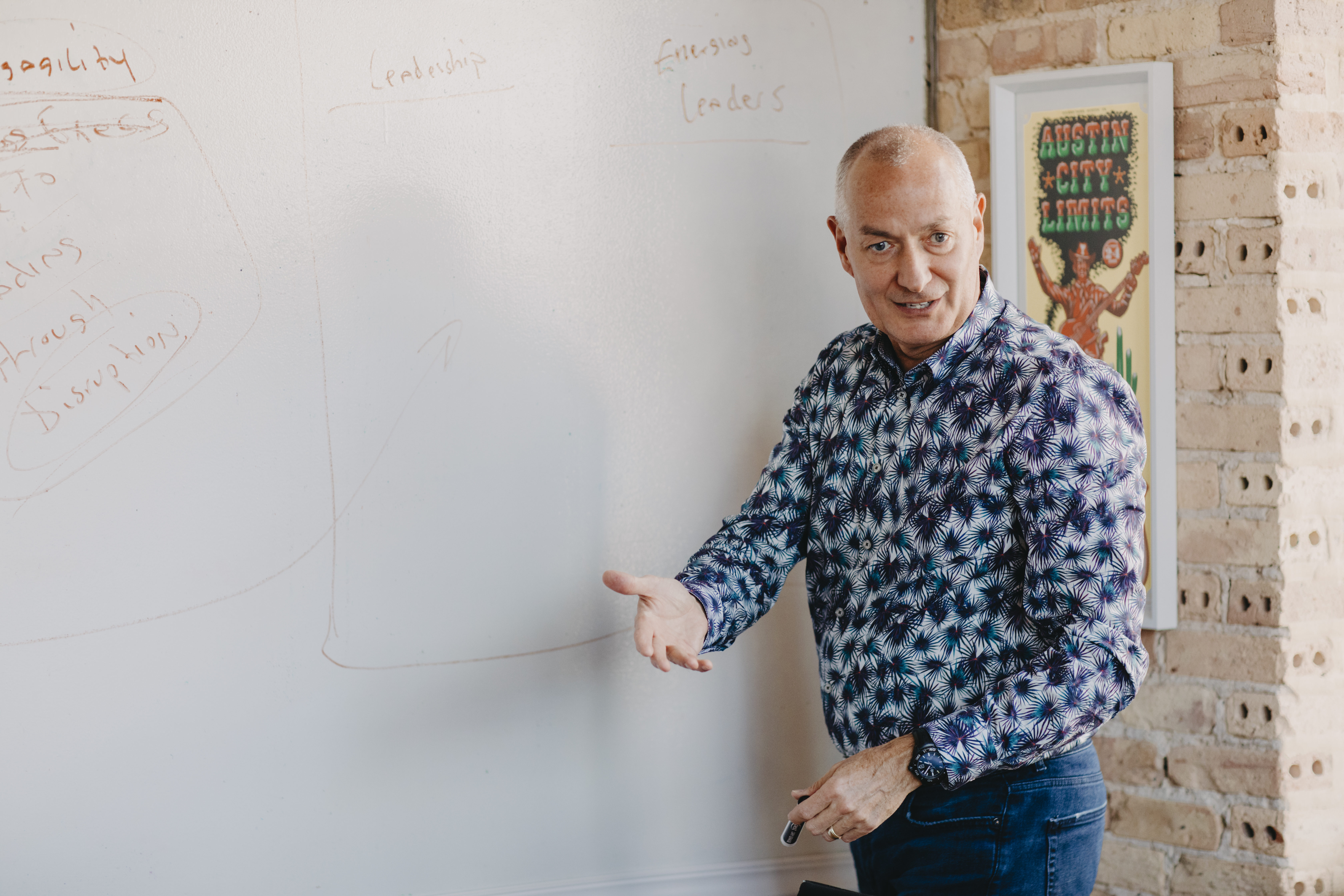 One of the pitfalls many companies experience happens when the talk-to-action ratio is too high. You know the drill: meeting after meeting filled with impressive “plans” being discussed, decisions being debated, and all the smartest people in the room deliberating on and on; leaving talented people frustrated.

Everyone tends to leave the conference room hoping for a change in the talk-to-action ratio, but the next week, they’re in the same room talking about it all over again.

We’ve all been in those meetings, and if you’re like me, they drove you nuts!

People look for leaders to make changes, and take action when it’s needed. Good leaders inspire their teams, facilitate collaboration, and generate good ideas. But when difficult and/or disruptive times come (and they always do) teams need more than inspiring words and good ideas. That’s when great leaders shine; they know that doing something, anything, is better than just talking about it — these leaders also recognize improving their talk-to-action ratio starts with culture.

Looking back to when I began as CEO at Tribune, it’s clear our ratio wasn’t where it needed to be. Publishing was at the tip of the digital disruption spear. We knew it was critical to take action and change our culture or we would fail.

As a leadership team culture change was one of the first things we addressed, head on. Action orientation creates positive momentum in organizations. And we knew the best way to do that was to set the example for everyone else to follow: we had to spend more time doing than talking.

We also wanted to have a collaborative work environment. Fortunately, you don’t have to trade a highly-collaborative culture in order to have a high action-to-talk ratio.

Creating an action-oriented culture invigorated our team and brought a sense of urgency to the organization. Increasing our action–to-talk ration also led to more failures than before. Our responsibility was to make sure that those failures led to learning and were analyzed to ensure the same failure wasn’t repeated.

When we began talking about the talk to action ratio, many members of the management team thought it was just another “fad”. But after we made the change to the culture, we realized it was one of the most important accomplishments of our time.

Finding the right balance between a highly-collaborative culture and decisive action is an art, not a science.

It’s not something you can read in a book or learn at a seminar; it’s something you “feel” when you’re doing it right. It takes time and practice. Finding that harmony will propel your organization forward. Set expectations, clearly address the need for action, allow for failures along the way, and decide that it’s better to act than not to act. And importantly, don’t reward talk, only action and results.

Take a hard look at your talk-to-action ratio, and then make meaningful progress towards a more proactive, action-oriented organization. If you don’t, your best people will leave the company, your competition will blow by you and your customers will go elsewhere.

Talk is cheap… walk your talk.

From disrupted to disruptor: Transform your business model by reinventing the organization